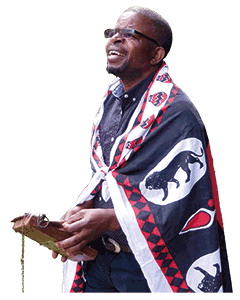 S: From the beginning, can I ask a question? Can I ask your birth year, day… when your…

S: Where were you born in <Kumsha>?

S: What is your totem?

S: When you were in Mwangaara Village, when did you start to play the mbira?

M: I started to play the mbira, when I was 5 years old, self taught.

S: So just listen to the mbira sound?

M: I did find my great-grand father in me.

S: Oh OK, you have your great-grand father’s spirit!

M: Yes, he speaks to me like “I am Chingodza. I just need the mbira.” and then my parents bought me the mbira from <Mukucha> in 20 cents.

S: Did your parents already know you have your great-grandfather’s spirit before they got the mbira for you because he talked through your body?

M: Yes. When I was sick, my family took me to traditional medicine. The healer tried to put some herbs to chased away bad spirit, but before they use that medicine, the voice spoke to me. It said “I am Chingodza. I need my mbira”. The healer asked my aunt and my sister who all has passed away, “Did it make sense about this little boy said?” They said “Chingodza is our last name and it is my great-grand father. They took me back home and told family about what I had just said. My grandfather was still alive at that time, and he said “Now we need to take wooden plate and traditional mat.” Then they make me to sit on that traditional mat, and they put the wooden plate beside me. And then my grandfather who clap in front of me, put a stick in the wooden plate, and clap and sing ”Welcome big my father. We want to you to know that we love you. We want you to look after this body you dwell this time. You are amazing. We want to do exactly what you do or what you know at your time. We are going to brew and have a ceremony especially for you, welcome back to our family and buy the mbira you want.” They bought me blue sky cloth, <Retzo >and a cloth with lion prints for the ceremony. Someone covered me with those cloths and asked me to play the mbira to them. So from that time, We have ceremony for asking to him “we need to be looked after, we need support from you.”

S: After that, your parents bought you the mbira from <Mukucha>?

S: So it was happened when you are 5 years old.

S: OK. Is the mbira which your parents bought around here or not?

M: I lost the mbira in the United States. We went to there for Oregon Country Fair. About 70000 people come this place and play music and different things. When I was sitting in the woods, I just know what happened with the mbira. When I think deeply about lost my mbira, I got my great grandfather’s mbira. Use that mbira, it was also find it. He found this mbira in the bushes long time ago. This mbira is playing and inheriting in family. I don’t know how was that happened. I was drunk but not excessive to lose something. <Jennifer Kaiga>, she is the one who gave me that mbira, she was ordering the mbira from <Mukucha> for sale. In America, someone order the mbiras from <Mukucha> through Jennifer. Jennifer found that mbira in eBay. “I know you lost the mbira from <Mukucha> you loving. I just two mbiras in eBay.” I bought them. There were two mbiras. They said chose the mbira one by one, so I choose that one.

M: I bought both of them from eBay. I can’t sell them, I will keep them.

S: When you are 5 years old, you learn the mbira by yourself. It means, around you, many people played the mbira?
M: My grandfather was also good mbira player. My father also play the mbira. Now I am. Also Herbert Matema, he was my father’s brother. Our family was known as the mbira player.

M: My father play the mbira for so many spirits.
Mbira player usually go shrine and pray for those spirits.

S: Your father play for <Bilinaganire>?

M: Yes. He has the spirits of <Gomboe>, one of old nature spirits. The spirit is brother of <Bilinaganire> and totem is <Kore-kore>.

S: Your grandfather and your father play the mbira, so you listened mbira sound.

M: My grandfather always said “when you playing skill is same as my father’s”.
When I play just it comes, I don’t remember. Even though I thought “Ahh I like this part what I sang!”, it doesn’t come back to me. But these part always come.

S: OK, OK, those parts coming to you but you don’t know which parts you are playing.

M: Yes, because when I play, I will be also one of audience, the mbira is in my hands, though. So at that time, I think “What? What is this?” at myself.

S: When you are playing the mbira, what is your feeling? You feel something or you think something?

M: Well…I go back. When I am playing the mbira, I go back to the power. I feel power of it.

M: When I listen to Mbira music, if I hear ‘taireva’, it hears some studies. It hears own old ways. Most people learn the mbira, they play what they have.They play what comes to them.They share what comes to them, too. But also when they listen to other’s mbira play, they hear, this is different. This is same song, I know, but this is the way I hearing it, it is like groove, all the note, phrase, and buzz, they are match to be them. Someday feel like I play phrase one, phrase two, but phrase three…this part, I played but it doesn’t sound good. Anyway I should play that. But when they meet others, who also have some depth on this song, they feel it themselves, and they can’t feel jealousy. They don’t even feel, but their spirits open for them to say “It has some origins”. Songs come from other song. They hear some mothers. Time for play, going back where come from. Goes back, you moved from where it is. Moved back.

S: You mean going back to the roots.

M: Yes, because mbira song come from other song, songs which come from mothers, or these songs come from their family, you know they share a lot. They are humans they got something to do everyday living.  S: OK… I am understanding only half, but I need to understand about the songs completely. 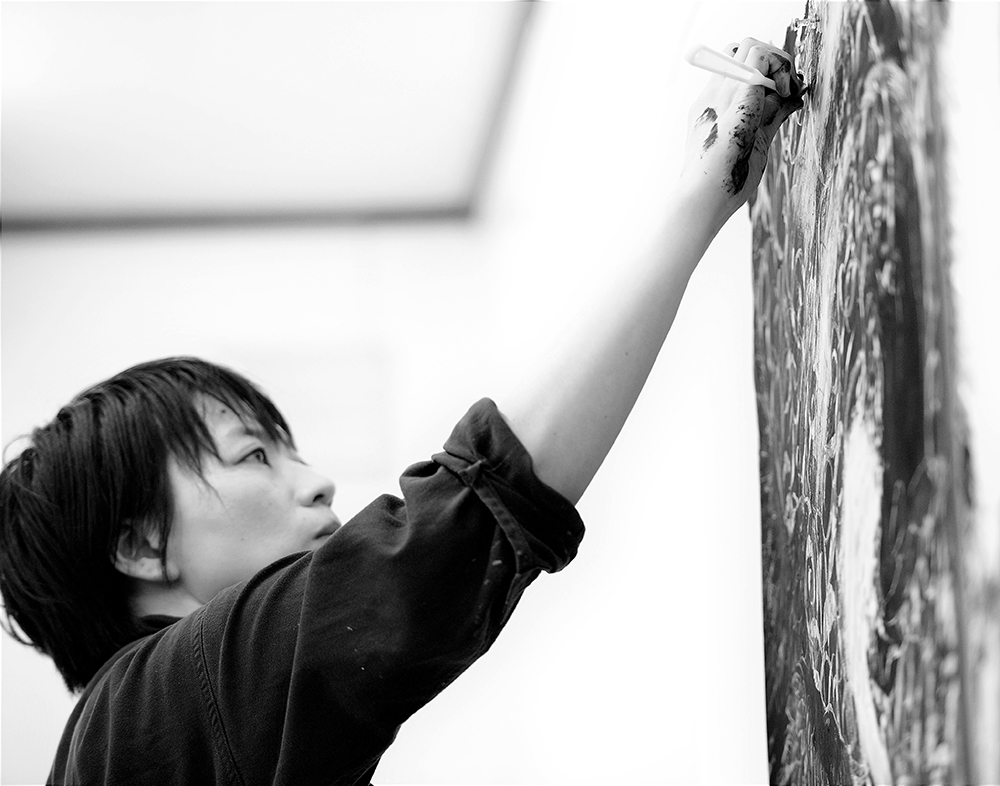 Artist, Comic artist based in Tokyo
Born in Kumano, Mie and raised in Tokyo

We are appreciate to your visit.
Have nice days with Music !
check!